Erin McCormack is the Asst. Vice President and Executive Producer at WXXI Public Media. She is responsible for the creative development, production and distribution of WXXI television, documentary film and digital-first programs. She is also the project manager for the Move to Include initiative funded by the Golisano Foundation that aims to change the perception of people with disabilities through public media.

Erin graduated from Skaneateles High School, Rollins College and the S.I. Newhouse School of Communications in 2005. She worked in theatre, television and film production in Chicago, New York, San Francisco and finally Los Angeles for 11 years. She moved back to Skaneateles in 2015 with her daughter Genevieve who will graduate with the class of 2027.

Register for our Community Book Chat! 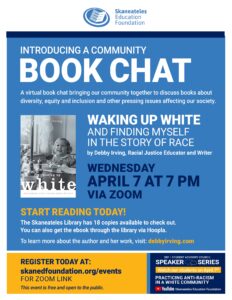